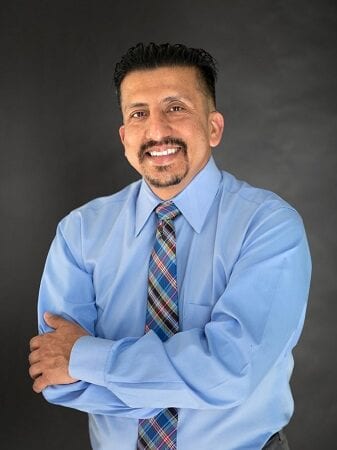 Favorite Quote: “Success is peace of mind which is a direct result of self-satisfaction in knowing you did your best to become the best you are capable of becoming.” John Wooden

Joe has been a Mediation Instructor with Lakewood College since June of 2017. Before being part of the Lakewood team, he worked as a mediator for the Center for Effective Dispute Resolution (CEDRS) as well as a private mediator. In addition to working in the mediation field, he has held several positions.

In 2007, Mr. Reyes transferred to the State of California Department of Corrections where he worked as a Special Agent with their Internal Affairs (OIA) Unit. Joe held the position of Terrorism Liaison Office.

Joe served 7 years in the United States Marine Corps and 6 years in the Army National Guard. He has a Bachelor of Science in Criminal Justice and a Master of Arts in Negotiations and Conflict Management.