The Lakewood University Criminal Justice program can help you on your path to a rewarding career in law enforcement or assist in upgrading your skills for career advancement.

With this program, you can enter entry-level criminal justice careers such as law enforcement, corrections, juvenile agencies, private security, or other social service agencies. More advanced positions could include homeland security, law enforcement, and forensics with additional training, testing, and background checks. No matter what your criminal justice career goals may be, let Lakewood University provide you with the real-world skills and academic support you’ll need to achieve lifetime success. 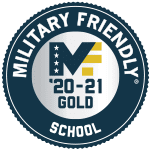 This 400 clock hour program is designed to prepare you for an entry level position within the criminal justice field!

This lesson will give the students the groundwork to move through the remainder of the course by giving them the most basic criminal justice skills such as explaining the major issues in criminal justice today, identifying and listing different types of crime, outlining the 3 levels in law enforcement, and the basic elements of the corrections system. It will also give them in-depth information on the various criminal justice models including: the conflict and consensus model, the “wedding cake” model, the due process and crime control models, and the medical model of addiction and the criminal model of addiction. Lesson 1 will discuss the very important connection between offenders and victims. This lesson will also explain several theories including why classical criminology is based on choice theory, the three major theories of social structure with their respective explanations of crime, contrast positivism with classical criminology, the chronic offender theory, and finally how life course criminology differs from all the other theories.

Lesson 2 deals with crime trends and data including: the way that the FBI reports crime data and the two ways they are reported, learning about the Uniform Crime Report (UCR) and the differences between Part I and Part II offenses, the shortcomings of the UCR for crime measurement, why issues of race and ethnicity tend to be overstated, the factors criminologists use to explain trends in the crime rate, and the differences between National Crime Victimization Survey and self-reported surveys. This lesson also deals with the differences between mala in se and mala prohibita along with the main goals of criminal and civil law. Finally, the lesson will discuss why there is a peak in the number of incarcerated women.

Lesson 3 teaches students the four written sources of American criminal law as well as the two basic functions of criminal law and how the doctrine of strict liability applies. Students will also be able to differentiate between substantive and procedural law and explain the most important excuses for criminal defenses. It will teach the importance of due process and stare decisis as well as the elements needed to establish mens rea.

Lesson 4 will identify the basic duties of the police, FBI, private security, and additional law enforcement agencies under the US Department of Homeland Security. Students will learn how the modern policing system was affected by patronage and intelligence-led policing as well as the results of the Wickersham Commission. They will be able to differentiate between the police academy and field training as recruit learning tools and the challenges facing women hoping to make a career in the law enforcement field.

Lesson 5 discusses the purposes of police patrol, why police officers are allowed discretionary power and ethical dilemmas they deal with, when they are justified in utilizing deadly force, as well as learning about police corruption. They will be able to identify why some investigation strategies are considered aggressive as well as the use of DNA fingerprinting. Students will learn about community polling and problem-oriented policing as well as how police respond more effectively to 911 calls using differential response strategies.

Lesson 6: Police & the Constitution / The Rules of Law Enforcement »

Lesson 6 outlines for the students the four sources of probable cause, four elements needed prior to arrest, probable cause, exclusionary rule and its exceptions and the three basic types of police identification. It will teach students four categories of items that can be seized during a search, the plain view doctrine, and why searches can be made without a warrant. Students will also learn to recite the Miranda warning, learn when the Miranda warning is unnecessary, and the differences between a stop and a frisk (using the importance of Terry v. Ohio).

Lesson 7: Courts & the Quest for Justice »

Lesson 8 discusses all of the pre-trial persons and procedures including: the names and powers of public prosecutors (including screening cases) as well as their contrast between elected official and crime fighters; the responsibilities of defense attorneys; and three types of defense allocation programs. The students will learn how judge’s decide on setting bail, the requirements of potential jurors, possible defenses, and the protections allotted to criminal defendants. They will be able to list the steps of a criminal jury trial, what “taking the Fifth” means, differences between testimony and evidence, differences between lay witnesses and expert witnesses, and the differences between direct and circumstantial evidence. They will also learn about the steps to an appeal, how both the defense and prosecutors can plea bargain, and how a criminal defendant may be tried for a second time for the same crime.

During Lesson 11, students will learn about the models and types of prisons and prison systems and what may have causes the prison population to grow dramatically over the decades (and the consequences of high incarceration rates). Student will be able to explain about prison governance and the formal prison management system as well as why private prisons can be run more cheaply than public ones. Finally, they will learn the differences between jails and prisons and how jails are administered.

Lesson 12: Life Behind Bars for Inmates »

In Lesson 12, the students will learn possible patterns of inmate behavior, the concept of prisons as a “total institution”, violent behavior in prisons, and about prisoner rights. They will be able to explain the six job categories of correctional officers and how to determine if a prisoner’s rights have been violated. They will be able to contrast the following terms: probation, parole, mandatory release, pardon, furlough. Finally, they will understand the goal of prisoner reentry programs, parole conditions and special conditions of a paroled child molester.

Lesson 13 will teach students the four major differences between the juvenile and adult courts, the most important Supreme Court case dealing juvenile justice, the four stages of juvenile pretrial procedure, and the four categories of residential treatment programs for juvenile offenders. They will know the child-saving movement as well as the parens patriae doctrine. Finally, they will learn about the one variable that matches high juvenile crime rates.

Lesson 14 will go over many concepts including Homeland Security, Cyber Crime and White Collar Crime. In regards to Homeland Security, the students will learn the concept of jihad as practiced by al Qaeda, important international terrorism trends, and why the Antiterrorism and Effective Death Penalty Act of 1996 (AEDPA) is important in regard to terrorists. They will also learn the primary goals of an intelligence agency versus a strictly law enforcement agency, how “preventive policing” has been used to combat terrorism, how the Patriot Act has made it easier to conduct terrorism investigations. Students will also understand how unregulated borders are a security concern and the differences between a green card and a temporary visa. In dealing with Cyber Crime, students will distinguish cyber crime from other forms, they will be able to define “botnets”, “worms” and “viruses”, how the internet has made the piracy of intellectual property easier and also why it is conducive to the distribution of child pornography. And finally, with White Collar crime they will learn how it is different from violent or property crime as well as about corporate violence.

TECHNOLOGY REQUIREMENTS The following lists the minimum recommended hardware and software requirements a student will need to successfully access Lakewood College’s online academic programs: Audio: sound card and speakers or headphones for listening Internet connection: 56 Kbps for self-paced courses (caution: if video is present, it may be poor at this speed) Screen resolution: at least 800 x 600 Internet browser: IE 7 or greater, Firefox 2 or greater, browser set to accept cookies and to show the newest version of a page Media Player such Windows Media Player, Camtasia, or Vidster (all of which can be downloaded for free at the respective websites). Pop-up blocker must be disabled **For optimal results the following is recommended: Internet connection: Cable modem, DSL or better (required for high-quality video) Screen resolution: 1024 x 768

A career in this field may require you to meet certain licensing, training, and other requirements that can vary by vocation and state. You should check with your state, local government, and/or licensing board to find out which requirements may be applicable in your state. Click here for contact information on state licensing/regulatory boards and certain professional licensing information.

Lakewood University provides everything you need for the Criminal Justice Professional. You will receive,

As the economy continues to move upward, many law enforcement and corrections agencies are hiring. Add in the numbers of baby boomer senior officers who are reaching retirement and there will be a big demand for highly-qualified applicants to fill the void. Let’s examine anticipated career opportunities within the criminal justice field.

Employment of police and detectives is projected to grow 5 percent from 2018 to 2028, about as fast as the average for all occupations. The continued need for public safety is expected to lead to new openings for officers, although demand may vary by location.

Lakewood University provides all textbooks, study guides, supplemental materials, achievement exams, and instructional support at no cost to the student.

Administrative Fees (in addition to the tuition above)