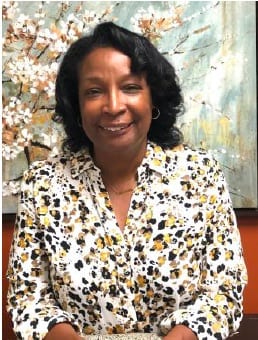 Favorite Quote: “I️ hear and I forget; I️ see and I remember; I️ do it and I understand.” Chinese Proverb

She attended the University of North Carolina at Wilmington where she earned a Bachelor’s Degree in Elementary Education with a concentration in Psychology. She also graduated from the Trimm International School of Ministry and has diplomas and certification in Christian Counseling, Life Coaching, and Crisis Intervention.

Brenda worked as an educator for the Department of Defense schools for over a decade. During this time Brenda was called and ordained into Pastoral ministry and left the school system for full-time ministry in 2008. She is the founder and lead instructor of the Jacksonville Global Bible Institute. Brenda is currently Senior Pastor of Victory in the Word Worship Center in North Carolina and has also planted churches in northern Brazil.

Her ministry to the body of Christ has taken her around the United States and to many other countries. She is a sought-after teacher and speaker. In addition to her responsibilities to the body of Christ, Brenda serves on the Mayor’s Faith Leaders Advisory Committee. She is currently serving as chairperson of State Employees Credit Union Advisory Board and is a member of Rotary International.

Brenda is a powerful advocate for personal empowerment. She is the founder of Women Empowered by the Word through which she coaches groups and personal clients who are in crisis or seasons of transition. Her inspirational and practical leadership has helped hundreds of women find their personal power, healing, and joy.

She is Mom to three daughters and Nana to two beautiful granddaughters.