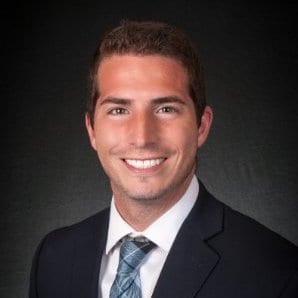 Favorite Quote: “Your attitude, not your aptitude, will determine your altitude.” -Zig Ziglar

Nicholas Strata was the lead government relations professional, the OSCA has successfully had signed into law five bills over the course of three years, Coordinated a large, state-wide press conference with the Attorney General and now Governor of Ohio on the topic of opioids, Point person on developing the 2020-2023 Strategic Plan, Responsible for reorganizing the Board of Directors in way that best fits the future management style of the profession, Revamped personnel to build a team capable of delivering sustained financial, political and organizational growth, Noted for producing membership gains of 11.1% in year 2015 in contrast to the average growth which is down 1-5%, Repositioned association’s finances to both right-size the company and grow the associations’ program service revenue resulting in an increase of 7.5% in year 2015.

Mr. Strata also Led the committee in advising on the passage of the Ohio Bureau of Workers Compensation and the Ohio Industrial Commission’s FY11/FY 12 operating budget, Applauded for analyzing and developing seven legislative bills on behalf of the legislator that were signed by Ohio’s governor, advised and managed a multi-million dollar campaign for the House of Representatives.

Nicholas has successfully worked with the Senate Finance Committee Chairman on developing the 2010 Capital Budget Bill, Assisted the State Controlling Board as a legislative staff member analyzing approvals of land purchases by institutions of higher education, requests to increase appropriation authority, and competitive selection waivers for architects and engineers contracts.