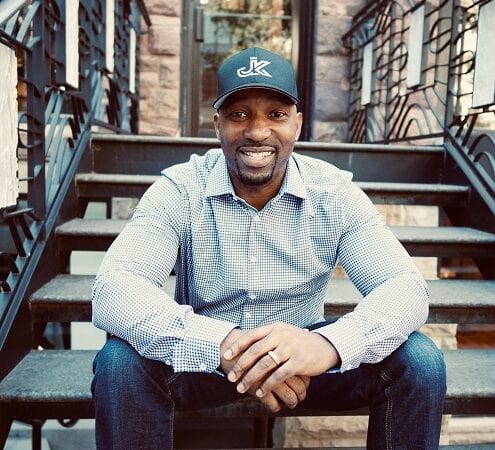 Jemal King is a born leader and gifted communicator. Born in Chicago, Jemal was an all state football player with college scholarship offers from all over the country.  After deciding to stay home and play for Western Illinois University, he went on to win several conference championships while serving as the team captain. Jemal had dreams of making millions in the NFL.

After injuries dashed those dreams, he joined the family business and became a full time Chicago Police Officer.  However, Jemal still had the millionaire’s mindset and decided that investing in  real estate would be his method to earn millions and create the lifestyle he desired for his family. As his real estate portfolio increased, Jemal and his wife Camille invested the profits from real estate and opened a childcare center. The center was highly successful and since then, they own and operate multiple sites in Chicago. Jemal’s growing empire consists of 4 multi-million dollar companies including a brand new security company that grossed several million dollars in its first few years of inception.

Jemal has created these businesses while still maintaining his position as a full time Chicago Police Officer, devoted husband, father and the newest member of the world’s number one personal development brand, Eric Thomas and Associates. Jemal’s colleagues have appropriately nicknamed him “The 9-5 Millionaire”. His unique story of the millionaire’s mindset and creating generational wealth has inspired thousands and will no doubt inspire millions.