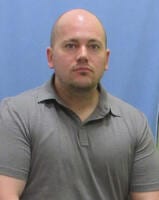 Favorite Quote: Education is not to be viewed as something like filling a vessel with water but, rather, assisting a flower to grow in its own way.” – Bertrand Russel